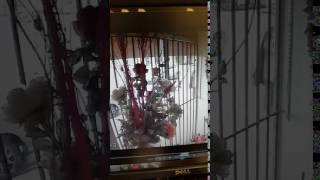 On December 22, 2016, at about 3:31 p.m., an unknown male subject walked into a local loan company on the 800 block of E. Elizabeth St. where he displayed a black handgun and demanded money. The subject then fled the scene with an undisclosed amount of U.S. currency. Video cameras in the area captured the subject on video moments before the aggravated robbery at approximately 05:32:47 (Not Real Time). He is considered armed and dangerous. Anyone with information is asked

Aggravated Robberies: $4000 reward for information that leads to the arrest

Brownsville Police Detectives are currently investigating a series of 9 Aggravated Robberies that have taken place since April of this year throughout the city. Unknown male subject walks into loan companies with a black handgun and robs the employees of all available cash. Crime Stoppers and Brownsville PD is offering a $4000 dollar reward for any information that leads to the arrest of this subject. He is considered armed and dangerous. Anyone with information is asked

Brownsville Police are looking for the identity of these two individuals. They are considered theft suspects after they took two flat screen TV’s from a local department store on 122016. They were last seen driving a black Lincoln MKZ with paper plates. Anyone with information to the identity of these two subjects is asked to call the Brownsville Crime Stoppers at (956)546-TIPS(8477). The information you provide could earn you a cash reward. All calls remain anonymous!

Police Detectives are looking for the identity of these two subjects. They are Person of Interest in a theft case that occurred on 120816 at the 500 block of Ruben Torres Blvd. They were last seen driving a white van. Anyone with information to the identity or whereabouts of these two subjects are asked to call the Brownsville Crime Stoppers at (956)546-TIPS(8477). The information you provide could earn you a cash reward. All calls remain anonymous!

On 12/19/16, SIU Agents conducted surveillance on 346 W. Monroe st. in reference to anonymous complaints about male subject named Juan Jose Salinas a.k.a. "Cacho" making deliveries of crack cocaine. A white Cadillac SRX was observed parked in the driveway during surveillance. The vehicle proceeded to back up from driveway and leave the residence. The vehicle came up to the intersection of W. Jackson st. where it observed a marked Police K9 unit and hesitated driving away f

Rodolfo Alejandro Aguirre (24) On 12/19/16, a traffic stop was conducted on a black Chevrolet Tahoe for the traffic violation of failing to signal when turning left from Morningside Rd onto S. Central Ave. The vehicle came to a stop at the 400 blk. of S. Central Ave. The driver was identified as Rodolfo A. Aguirre. Aguirre was observed to be nervous and hesitated when answering questions. Verbal consent to search the vehicle was asked for and granted by Aguirre who was th

Brownsville Police are looking for the identity of this subject who was involved in a theft of brass casings at the 2100 block of Village Center. Subject paid the sum of $3300 dollars with a check that had insufficient funds. He was last seen driving a white pick-up with a maroon trailer. Anyone having any information to the identity or whereabouts of this subject is asked to call the Brownsville Crime Stoppers at (956)546-TIPS(8477). The information you provide could earn

Miguel Angel Uribe (29) On November 01, 2016, Miguel Uribe reported that he had been robbed by an unknown subject on the 2100 block of University Blvd where his vehicle, a 2014 Dodge Durango, was parked and taken. Further investigation revealed that Uribe had someone take his vehicle voluntarily and cross it into Mexico. On December 12, 2016, Uribe was arrested and charged with False Report to a Police Officer and Insurance Fraud.

Ismael Garza (33) On 12/07/16, a traffic stop was conducted by Special Investigation Unit K9 on an orange Honda Accord for a traffic violation. The driver, Ismael Garza was found to have no drivers license and arrested for the moving violation. During the inventory of the vehicle, baggies with cocaine and crack cocaine were found inside the vehicle. Synthetic marijuana in original packaging and sandwich bags were also found in the car. Garza was asked for consent to search 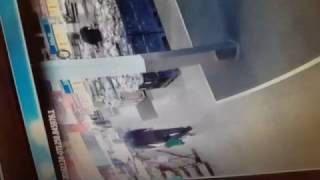 Brownsville Police Detectives are looking for the identity of this subject. Male subject entered the HEB on Paredes Line RD and hid himself in the store until everyone left on Thanksgiving day. He then proceeded to load a maintenance cart with numerous electronic merchandise and exit thru the back doors of the business. Anyone with information to the identity or whereabouts of this subject is asked to contact the Brownsville Crime Stoppers at (956)546-TIPS(8477). The info
{"items":["5f6b568e9bd9d500177246c4","5f6b568e9bd9d500177246c5","5f6b568e9bd9d500177246c6","5f6b568e9bd9d500177246c7","5f6b568e9bd9d500177246c8","5f6b568e9bd9d500177246c9","5f6b568e9bd9d500177246ca","5f6b568e9bd9d500177246cb","5f6b568e9bd9d500177246cc","5f6b568e9bd9d500177246cd"],"styles":{"galleryType":"Columns","groupSize":1,"showArrows":true,"cubeImages":true,"cubeType":"fill","cubeRatio":1.3333333333333333,"isVertical":true,"gallerySize":30,"collageAmount":0,"collageDensity":0,"groupTypes":"1","oneRow":false,"imageMargin":32,"galleryMargin":0,"scatter":0,"rotatingScatter":"","chooseBestGroup":true,"smartCrop":false,"hasThumbnails":false,"enableScroll":true,"isGrid":true,"isSlider":false,"isColumns":false,"isSlideshow":false,"cropOnlyFill":false,"fixedColumns":1,"enableInfiniteScroll":true,"isRTL":false,"minItemSize":50,"rotatingGroupTypes":"","rotatingCropRatios":"","columnWidths":"","gallerySliderImageRatio":1.7777777777777777,"numberOfImagesPerRow":1,"numberOfImagesPerCol":1,"groupsPerStrip":0,"borderRadius":0,"boxShadow":0,"gridStyle":1,"mobilePanorama":false,"placeGroupsLtr":false,"viewMode":"preview","thumbnailSpacings":4,"galleryThumbnailsAlignment":"bottom","isMasonry":false,"isAutoSlideshow":false,"slideshowLoop":false,"autoSlideshowInterval":4,"bottomInfoHeight":0,"titlePlacement":"SHOW_ON_THE_RIGHT","galleryTextAlign":"center","scrollSnap":false,"itemClick":"nothing","fullscreen":true,"videoPlay":"hover","scrollAnimation":"NO_EFFECT","slideAnimation":"SCROLL","scrollDirection":0,"scrollDuration":400,"overlayAnimation":"FADE_IN","arrowsPosition":0,"arrowsSize":23,"watermarkOpacity":40,"watermarkSize":40,"useWatermark":true,"watermarkDock":{"top":"auto","left":"auto","right":0,"bottom":0,"transform":"translate3d(0,0,0)"},"loadMoreAmount":"all","defaultShowInfoExpand":1,"allowLinkExpand":true,"expandInfoPosition":0,"allowFullscreenExpand":true,"fullscreenLoop":false,"galleryAlignExpand":"left","addToCartBorderWidth":1,"addToCartButtonText":"","slideshowInfoSize":200,"playButtonForAutoSlideShow":false,"allowSlideshowCounter":false,"hoveringBehaviour":"NEVER_SHOW","thumbnailSize":120,"magicLayoutSeed":1,"imageHoverAnimation":"NO_EFFECT","imagePlacementAnimation":"NO_EFFECT","calculateTextBoxWidthMode":"PERCENT","textBoxHeight":0,"textBoxWidth":200,"textBoxWidthPercent":50,"textImageSpace":10,"textBoxBorderRadius":0,"textBoxBorderWidth":0,"loadMoreButtonText":"","loadMoreButtonBorderWidth":1,"loadMoreButtonBorderRadius":0,"imageInfoType":"ATTACHED_BACKGROUND","itemBorderWidth":0,"itemBorderRadius":0,"itemEnableShadow":false,"itemShadowBlur":20,"itemShadowDirection":135,"itemShadowSize":10,"imageLoadingMode":"BLUR","expandAnimation":"NO_EFFECT","imageQuality":90,"usmToggle":false,"usm_a":0,"usm_r":0,"usm_t":0,"videoSound":false,"videoSpeed":"1","videoLoop":true,"jsonStyleParams":"","gallerySizeType":"px","gallerySizePx":814,"allowTitle":true,"allowContextMenu":true,"textsHorizontalPadding":-30,"itemBorderColor":{"themeName":"color_15","value":"rgba(12,60,96,1)"},"showVideoPlayButton":true,"galleryLayout":2,"targetItemSize":814,"selectedLayout":"2|bottom|1|fill|true|0|true","layoutsVersion":2,"selectedLayoutV2":2,"isSlideshowFont":false,"externalInfoHeight":0,"externalInfoWidth":0.5},"container":{"width":814,"galleryWidth":846,"galleryHeight":0,"scrollBase":0,"height":null}}
1
2