On March 24, 2017 a burglary of building report was filed for a business and a residence located on the 2500 block of Southmost Rd that belongs to the same victim. Two suspects were developed, Alexandra D Akers and boyfriend Luis A Quezada. That same night, both suspects broke into the residence and business, stole two vehicles, and two debit cards. On March 28, 2017 Alexandra Akers was placed under arrest under the strength of two felony burglary warrants. Luis was also arre

Oscar Morales Munoz (37) On 03/27/2017 Agents from the Special Investigations Unit proceeded to set up surveillance on the 1800 block Dan in reference to a Crime-Stopper report of a male subject who resided at that location and who was in the business of selling illegal narcotics from the residence. During the course of the investigation agents observed said subject boarding a white pick-up. Agents proceeded to follow said vehicle to the 2400th block of Tulipan where the vehi

Benigno Ortega (22) On 03/23/2017 Agents with the Special Investigations Unit conducted a “consent to search” at a residence on the 1000 block of E. Jefferson. Information had been received thru the Crime-Stoppers hotline that a male individual at that residence was in the business of selling illegal narcotics. After obtaining consent, Agents located 13.8 ounces of Marijuana as well as 3.7 grams of cocaine packaged for sell. A male individual identified as Benigno Ortega took 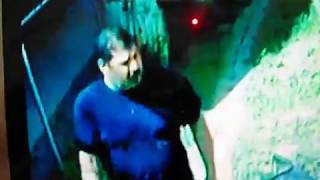 Brownsville Police Detectives are looking for the identity of this subject who is a suspect in a theft of an air compressor. On 03-21-17, subject walked into a property on the 1900 block of Oasis Dr. and took an air compressor. Subject loaded the compressor into his vehicle, which is a white 4dr newer model vehicle, and left the area. Anyone with information to the identity or whereabouts of this subject is asked to contact the Brownsville Crime Stoppers at (956)546-TIPS(8

On 03/21/2017 Agents with the Special Investigations Unit conducted a prostitution detail in the downtown area. During the course of the investigation several individuals were arrested for the offense of prostitution. The following individuals were arrested after they solicited undercover Brownsville Police Department officers to engage in sexual intercourse in exchange for a monetary fee. Arrested during the course of the investigation were Irma Lozano, Angie Marie Castillo,

Suspect: Marving Andres Resendiz Zumaya (23) On March 16, 2017 at approximately 08:10 pm, Officers responded to the 4000 block of Boca Chica Blvd. in reference to a motor vehicle accident involving a death. The driver of a white Ford F150 had driven against traffic as it traveled eastbound when it struck the front end of a Ford Ranger which was traveling westbound. A third vehicle traveling behind the Ford Ranger struck the vehicle from behind. The driver of the Ford Rang

Brownsville Police are currently investigating a homicide on the 2400 block of Military Hwy. The incident was reported last night (031517) at approximately 7:50pm. A male subject, who was later identified as Jose Guadalupe Martinez (50), was found in his place of business faced down. Subject had an injury that appears to be a gunshot wound to the head. At this point there is very minimal information as to a motive or actual cause of death. An autopsy was ordered by JP Lin

Detectives are looking for the identity of this female who is a person of Interest in a theft case that was filed on 03-03-17. She was seen on video taking merchandise and exiting the department store without paying on the 2800 block of Pablo Kisel Blvd. She was last seen driving a maroon Mitsubishi Montero with texas license plates. Anyone with information to the identity or whereabouts of this subject is asked to contact the Brownsville Crime Stoppers at (956)546-TIPS(84

Brownsville Police Detectives are looking for the whereabouts of Jose Torres (37). He has an active felony theft warrant. Anyone with information to the whereabouts of this subject is asked to contact the Brownsville Crime Stoppers at (956)546-TIPS(8477). The information you provide could earn you a cash reward. All calls remain anonymous!
{"items":["5f6b568cced75900174d7a7b","5f6b568cced75900174d7a7c","5f6b568cced75900174d7a7d","5f6b568df1f3cd0017750f11","5f6b568df1f3cd0017750f12","5f6b568df1f3cd0017750f13","5f6b568df1f3cd0017750f14","5f6b568df1f3cd0017750f15","5f6b568df1f3cd0017750f16","5f6b568df1f3cd0017750f17"],"styles":{"galleryType":"Columns","groupSize":1,"showArrows":true,"cubeImages":true,"cubeType":"fill","cubeRatio":1.3333333333333333,"isVertical":true,"gallerySize":30,"collageAmount":0,"collageDensity":0,"groupTypes":"1","oneRow":false,"imageMargin":32,"galleryMargin":0,"scatter":0,"chooseBestGroup":true,"smartCrop":false,"hasThumbnails":false,"enableScroll":true,"isGrid":true,"isSlider":false,"isColumns":false,"isSlideshow":false,"cropOnlyFill":false,"fixedColumns":1,"enableInfiniteScroll":true,"isRTL":false,"minItemSize":50,"rotatingGroupTypes":"","rotatingCropRatios":"","columnWidths":"","gallerySliderImageRatio":1.7777777777777777,"numberOfImagesPerRow":1,"numberOfImagesPerCol":1,"groupsPerStrip":0,"borderRadius":0,"boxShadow":0,"gridStyle":1,"mobilePanorama":false,"placeGroupsLtr":false,"viewMode":"preview","thumbnailSpacings":4,"galleryThumbnailsAlignment":"bottom","isMasonry":false,"isAutoSlideshow":false,"slideshowLoop":false,"autoSlideshowInterval":4,"bottomInfoHeight":0,"titlePlacement":"SHOW_ON_THE_RIGHT","galleryTextAlign":"center","scrollSnap":false,"itemClick":"nothing","fullscreen":true,"videoPlay":"hover","scrollAnimation":"NO_EFFECT","slideAnimation":"SCROLL","scrollDirection":0,"scrollDuration":400,"overlayAnimation":"FADE_IN","arrowsPosition":0,"arrowsSize":23,"watermarkOpacity":40,"watermarkSize":40,"useWatermark":true,"watermarkDock":{"top":"auto","left":"auto","right":0,"bottom":0,"transform":"translate3d(0,0,0)"},"loadMoreAmount":"all","defaultShowInfoExpand":1,"allowLinkExpand":true,"expandInfoPosition":0,"allowFullscreenExpand":true,"fullscreenLoop":false,"galleryAlignExpand":"left","addToCartBorderWidth":1,"addToCartButtonText":"","slideshowInfoSize":200,"playButtonForAutoSlideShow":false,"allowSlideshowCounter":false,"hoveringBehaviour":"NEVER_SHOW","thumbnailSize":120,"magicLayoutSeed":1,"imageHoverAnimation":"NO_EFFECT","imagePlacementAnimation":"NO_EFFECT","calculateTextBoxWidthMode":"PERCENT","textBoxHeight":0,"textBoxWidth":200,"textBoxWidthPercent":50,"textImageSpace":10,"textBoxBorderRadius":0,"textBoxBorderWidth":0,"loadMoreButtonText":"","loadMoreButtonBorderWidth":1,"loadMoreButtonBorderRadius":0,"imageInfoType":"ATTACHED_BACKGROUND","itemBorderWidth":0,"itemBorderRadius":0,"itemEnableShadow":false,"itemShadowBlur":20,"itemShadowDirection":135,"itemShadowSize":10,"imageLoadingMode":"BLUR","expandAnimation":"NO_EFFECT","imageQuality":90,"usmToggle":false,"usm_a":0,"usm_r":0,"usm_t":0,"videoSound":false,"videoSpeed":"1","videoLoop":true,"gallerySizeType":"px","gallerySizePx":814,"allowTitle":true,"allowContextMenu":true,"textsHorizontalPadding":-30,"itemBorderColor":{"themeName":"color_15","value":"rgba(12,60,96,1)"},"showVideoPlayButton":true,"galleryLayout":2,"targetItemSize":814,"selectedLayout":"2|bottom|1|fill|true|0|true","layoutsVersion":2,"selectedLayoutV2":2,"isSlideshowFont":false,"externalInfoHeight":0,"externalInfoWidth":0.5},"container":{"width":814,"galleryWidth":846,"galleryHeight":0,"scrollBase":0,"height":null}}
1
2